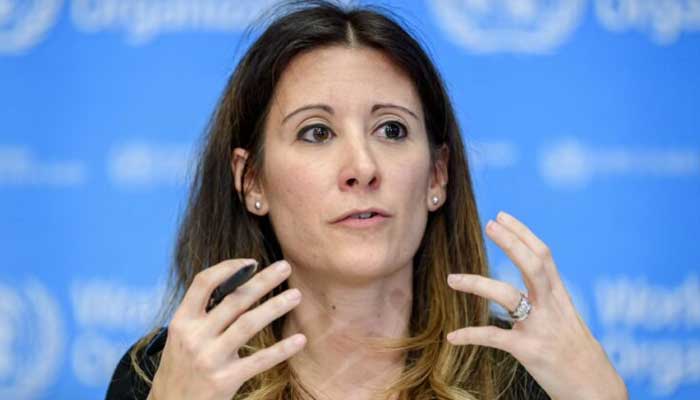 Van Kerkhove, the WHO's Covid-19 technical lead, said that on asymptomatic transmission "we don't have the answer yet".

We don't know. World Health Organization has maintained for months that the vast majority of Covid-19 spread is from people with symptoms like a fever or cough, and that transmission from people who don't feel sick is not thought to be a major driver of the disease. Giving a clarification to this statement, she said that her statement may have been misunderstood as she did not mention modelling studies which states the Coronavirus transmission from asymptomatic patients can estimated to be around 40 per cent and other two-three studies on asymptomatic cases cases that there was no spread, which indeed was a small subset of the studies.

More than 135,000 cases were reported Sunday, he said, making it the worst day for new confirmed infections since the pandemic began.

Addressing a virtual press conference in Geneva, where the United Nations body is based, Tedros warned against complacency.

"I wasn't stating a policy of World Health Organization or anything like that", she continued. But the CDC said that "this is not thought to be the main way the virus spreads, but we are still learning more about how this virus spreads".

Saphier reacted to a W.H.O official on Tuesday who attempted to clarify her previous statements about coronavirus transmission by asymptomatic individuals being "very rare".

But Dr Maria Van Kerkhove maintained that real world data suggested it could still be a rare event when she took part in a social media Q&A to explain herself, saying she was not referencing the modelling studies when she spoke. "I was also referring to some data that isn't published", she said to clarify her comments. "And we know from epidemiological studies that they can transmit to someone who is uninfected, even when they're without symptoms". "The evidence that we have, given the percentage of people, is about 25% to 45% of the totality of infected people likely are without symptoms".

Director-General Tedros Adhanom Ghebreyesus on Wednesday said that more research needs to be done to better understand the extent to which COVID-19 is being spread by people who don't show symptoms.

"We expect that most people who are infected with #COVID19 will develop an antibody response that will provide some level of protection", it said, taking down the earlier tweet.

Dr. Maria Van Kerkhove, WHO infectious disease epidemiologist, said there had been "misunderstandings" about her comments made on Monday.

Those remarks raised confusion and questions among outside experts and health officials who have recommended and in some places required that people wear masks to try to prevent the virus from spreading. "They're following asymptomatic cases".

He said a vaccine for the virus could be available by the end of this year or early next year.

Up until the 1950s, Milton said, tuberculosis was thought to be spread by prolonged close contact.

And the organisation continues to emphasise that masks alone cannot defeat the coronavirus, and can lead to a false sense of security leading people to slack on other important prevention measures. "It still seems rare that an asymptomatic person actually transmits going forward", he added, emphasizing that the focus should be on monitoring and isolating symptomatic cases.