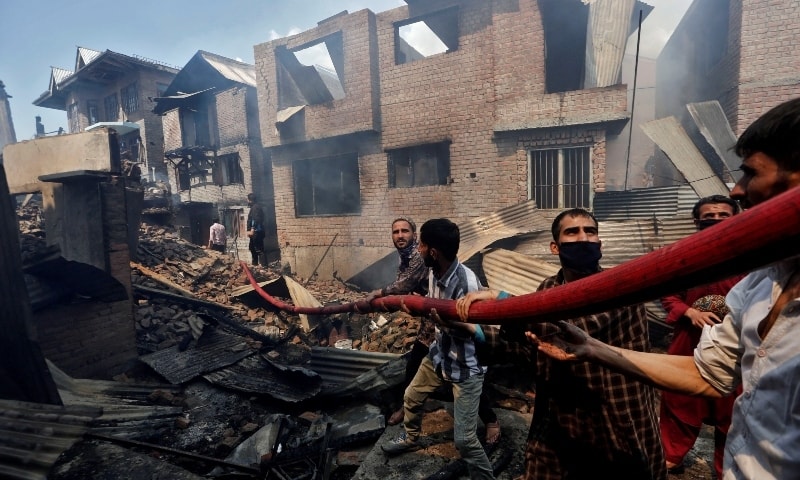 People hold a hosepipe amidst the smoldering debris of residential houses in Srinagar on May 19. — Reuters

Two terrorists have been killed in the operation so far.

An encounter broke out between terrorists and security forces in Jammu and Kashmir's Srinagar on Tuesday, police said. Two weapons and several rounds of ammunition were recovered from near the slain terrorists.

Two security personnel - a CRPP jawan and a Jammu and Kashmir policeman - were injured in the gunbattle with the militants, the officials said. The area where militants were hiding was immediately cordoned off as the squad zeroed in on the house, but the militants fired upon them triggering the encounter.

The official said mobile internet and mobile telephony services, except on BSNL postpaid, were snapped in the city as a precautionary measure.

Notably, the shootout between militants and security forces took place in Srinagar after nearly two years.

The other militant killed in the overnight gunfight at Kanimazar area of Nawakadal here has been identified as Tariq Ahmed Sheikh, a resident of Pulwama. As of now, there have been no report of any casualty in the ongoing encounter.