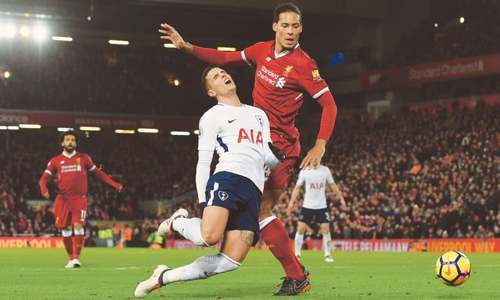 The winners will be revealed during a ceremony at Milan's La Scala theatre on September 23.

Federation Internationale de Football Association announced a 10-man shortlist for the gong in July and, following the initial voting period, the final three have been revealed.

In the coaching department, a Premier League manager will definitely be walking away with the prestigious honour after Liverpool's Jurgen Klopp, Manchester City's Pep Guardiola and Mauricio Pochettino of Tottenham were rewarded with nominations.

He was recognised for his exploits just last week, when he was named UEFA's Player of the Year, beating Messi and Ronaldo to the prize.

Van Dijk succeeded Real Madrid's Croatian midfielder Luka Modric, who past year pipped Ronaldo, with whom he had helped the Spanish club earn its 13th UEFA Champions League title, and Egyptian Mohamed Salah, who led Liverpool to the final of the elite continental club competition.

Crucially, he's already picked up UEFA's Player of the Year Award-becoming the first defender to do so.

In The Best Women's Players Award category, Lucy Bronze, Alex Morgan and Megan Rapinoe have been nominated. The Netherlands lost to the United States in the World Cup final. She is joined by England's Phil Neville and the Netherlands' Sarina Wiegman.

For the 2019 FIFA Fan Award, the final three nominees are Silvia Grecco, a Palmeiras supporter, the fans of the Netherland women national team, and Justo Sanchez for Club Atletico Cerro and Rampla Juniors in Uruguay.

Alisson had the edge on his City counterpart in terms of Premier League clean sheets last season, with 21 to his Brazil team-mate's 20, earning the Liverpool man the Golden Glove.